We are proud to present 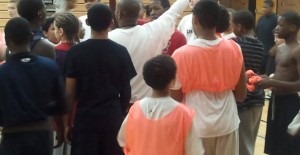 This conference has been coordinated to inform the student athletes and parents in Stark County of very important topics, provide tips and professional opinions regarding a variety of subjects pertinent to families involved in sports. This is an entertaining  event featuring professional athletes, live music and a smorgasbord of other fun and exciting activities.

This event is only possible through the support and participation of several committed parties throughout the community such as your company or institution. Just think! What a great chance to get involved and help support a wonderful cause improving the local community.  We’ve included a tentative itinerary, as well as all relative information for the conference for your review.

We look forward to your response and are hopeful that you will be able to help support this incredible event. We will need to be informed of your commitment as well as a logo or picture and Bio you would like us to use by September 12th, so that we may include your information on the event’s printed materials and promotional advertisements.

Thanks for all you do! Coach G

Can’t be a sponsor?

CoachG4Lyfe welcomes our newest partner, C.A.E. More information will be coming in the near future regarding the exciting events and activities we have planned with this fantastic company. 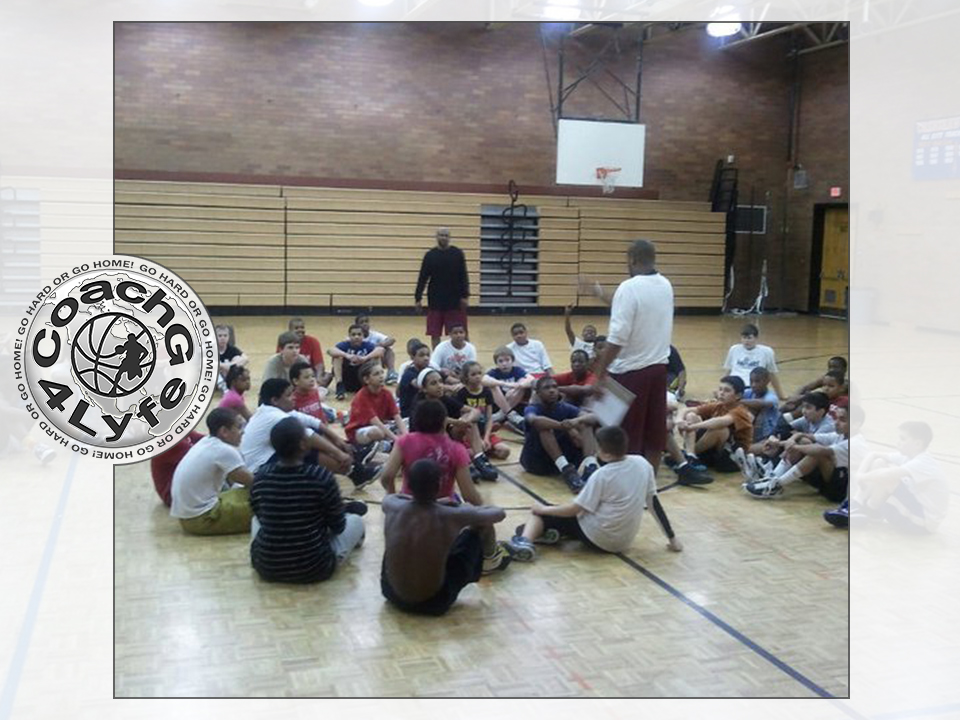 To Whom It May Concern,

I have a nine year old boy who thinks he is the next greatest. Yes, at everything. He is super bright, pretty funny, ultra caring, and despite being a bit clumsy, a little athlete. He really could be the next greatest: physicist, comedian, doctor, pro-quarterback; of course I’m biased, but I too think he is the world’s next Greatest. His name is Wyatt and at 5’2”, he has a big place in this world.. and possibly on the court. When Wyatt came to me and announced he was ready to take on his role as the next Greatest Basketball Player, I cringed only moderately [and behind his back no less].  My boy: tall, lean, strong and with ten different jerseys: he was the epitome of a kid on a league, except for the fact that he has two left feet. I smiled, nodded, and promised to make the calls. A close friend of ours, who also knows Wyatt well, didn’t miss a beat when he said to call Ryan. I made the call, the initial practice was set up, and my kid was rearing to go; rearing to be great.

We arrived early, partially because Wyatt couldn’t contain his excitement and eagerness but also because I felt I needed to prep Coach Ryan [who informed me it was Coach G] that Wyatt had never ever in his life played ball, held a ball, threw the ball, let alone made a basket with the ball. “He’s kinda clumsy” I sheepishly said and “He’s only 9..” I tried to defend. Coach G assured me it would be fine, pointed to a chair, and politely implied I should take a seat and let him work. Wyatt ran out onto the court, turned around to wave at me, of course tripped, and stumbled over his untied laces to get up. I wanted to run out, throw him on my back and leave before G could eat him up and spit him out; he looked pretty serious and he didn’t take that ball lightly. I was mid-rise from my chair when it happened: G reached down, helped him up, introduced himself, asked Wyatt several ‘get-to-know-you’ questions and then I heard it, and it echoed; “Yeh? Me too. I think you can be the greatest too. In fact, I know you can.” I sat back down and haven’t got back up.

We’ve been with Coach G for almost a year. He is patient, encouraging, talented and skilled. He knows basketball like no one else and he shares his knowledge without an ego. He believes in what he does and more so, in the kids he works with. I have seen Wyatt’s abilities grow; he’s yet to slam dunk, but his foot work, coordination, strength, speed and cardio endurance has tripled in numbers. His confidence has roller coastered and when he is down, G is there to lift his spirits again. Ryan has been more than a guy who teaches the game; he has been available, willing, supportive and yes, tough. He expects perfection, respect [I’ve seen him tell kids to drop and give him 20 for not saying ’hello’ in a polite, mature manner that young men and women should greet an adult] accountability, responsibility, honesty, and hard work-in all aspects of life. Grades are important, behavior trumps skill, and attitude influences workouts. Coach G is one in a million; there is no one else I would trust my 9 year old’s hopes, dreams, confidence or abilities with. He is worth every penny, pair of Nike shorts, and time that has been spent, bought, and invested. Coach G says he’s 4 lyfe?-we’re CoachG4Lyfe! 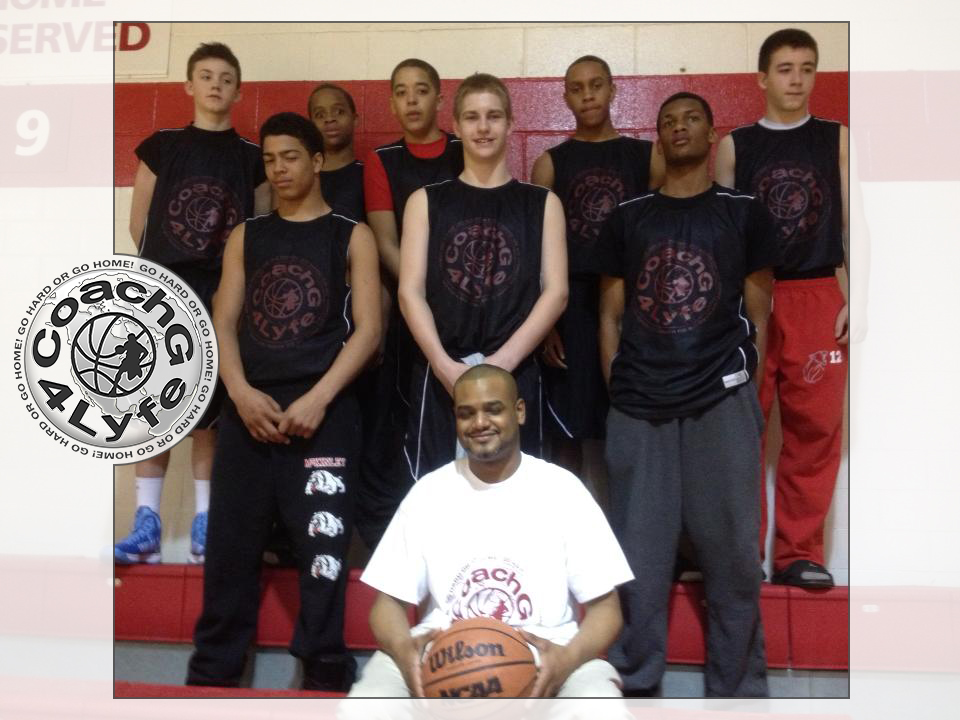 We are thankful to have met CoachG4Lyfe for our 13 year old son, who has been playing youth basketball since he was 6 years oldwith his school program.  Our son always had the potential of being a good basketball player but was not improving as much as we had hoped.  Now that he is getting older and wanting to make the school team, we knew we had to do something more outside of the school program.

We were fortunate to have met Coach Gracia through AAU basketball.  Coach G. started having Michael partaking in his program and individual workouts to improve his fundamental skills.   Our son has benefited in so many ways along with the drive to be a better basketball player.  Coach Gracia has been working with our son for over a year and he has improved Michaels’ skills and knowledge of the game tremendously.  He now has self-confidence to believe in his talents as a 13 year old at the height of 6’2”.

Coach G. has not only worked hard on making him strong under the basket and also improved his shooting skills.  We are very impressed with the equipment he has and uses, knowledge of the game and the importance of the core fundamentals and the time he puts in with all the kids.  CoachG4Lyfe shows he has the love of the game and for teaching all kids equally and gives them guidance to be a strong athlete with his camps and lessons that he provides. He consistently praises them and gives great confidence and works them harder than any coach our son has worked with in the past.

Coach G. talks highly of the importance of education and respect for each other on court and off court.  We are looking forward to and hope to see our son make the High School Team with the confidence, training and knowledge of the game Coach G. is teaching him.  We highly recommend everyone to send their child to Coach G4Lyfe if they want to see improvements in their child’s game and to be a stronger player!

Welcome to our NEW website! We are still configuring and setting everything up, so you may notice a few changes here and there over the coming weeks! We are almost ready for you and would like to share the entire experience, so you can sign up now, login and leave comments and what not, while we’re putting the finishing touches on the site!

Keep an eye out for new pictures, videos, stories and more. We have a lot of great things planned to bring a spotlight to children who participate in our programs, and are excited to have you as a part of this next phase of CoachG4Lyfe!